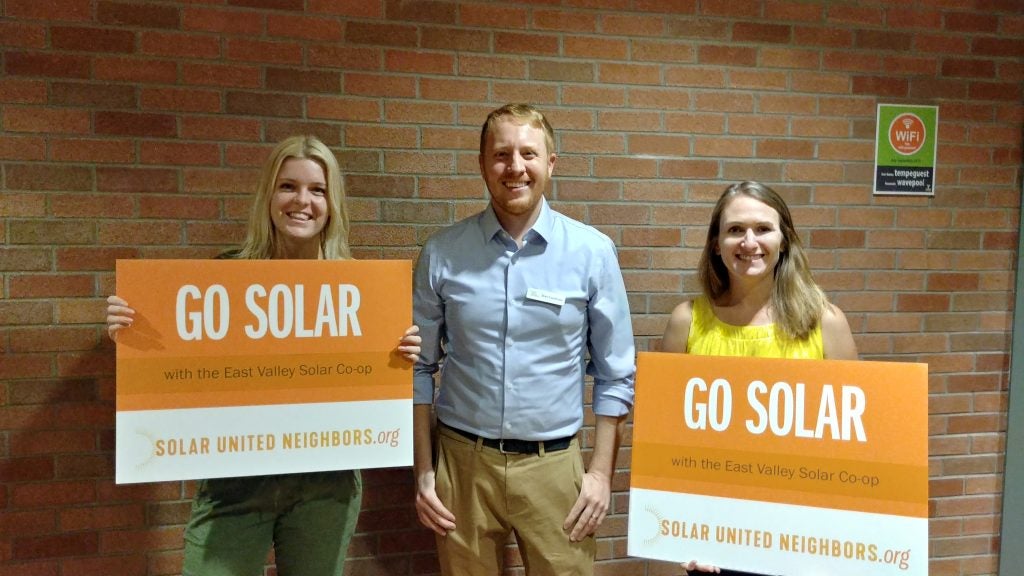 Neighbors in the East Valley area of Phoenix have formed a solar co-op to save money and make going solar easier. The group launched last night at a public information session at Tempe Public Library where attendees had an opportunity to learn how solar technology works and how homeowners can go solar.

The group will be holding a series of these sessions over the next several months to educate the public and recruit additional co-op members. The next information session will be held September 24 in Gilbert (details below).

“Joining a solar co-op makes it easy to save on solar,” said Bret Fanshaw, Arizona Program Director with Solar United Neighbors. “If you’ve ever thought about installing solar, this is the perfect opportunity.”

The co-op is open to all homeowners and small businesses that receive their electricity from Salt River Project. Those interested in joining the co-op can sign up at the co-op web page.

The solar co-op is free to join and is not a commitment to purchase panels. Once the group is large enough, Solar United Neighbors will help members solicit competitive bids from area solar installers. Co-op members will meet to review the bids and select the one that best serves the needs of the group. The chosen installer will then develop personalized proposals for each member. Members review their bids and decide if going solar is right for them.