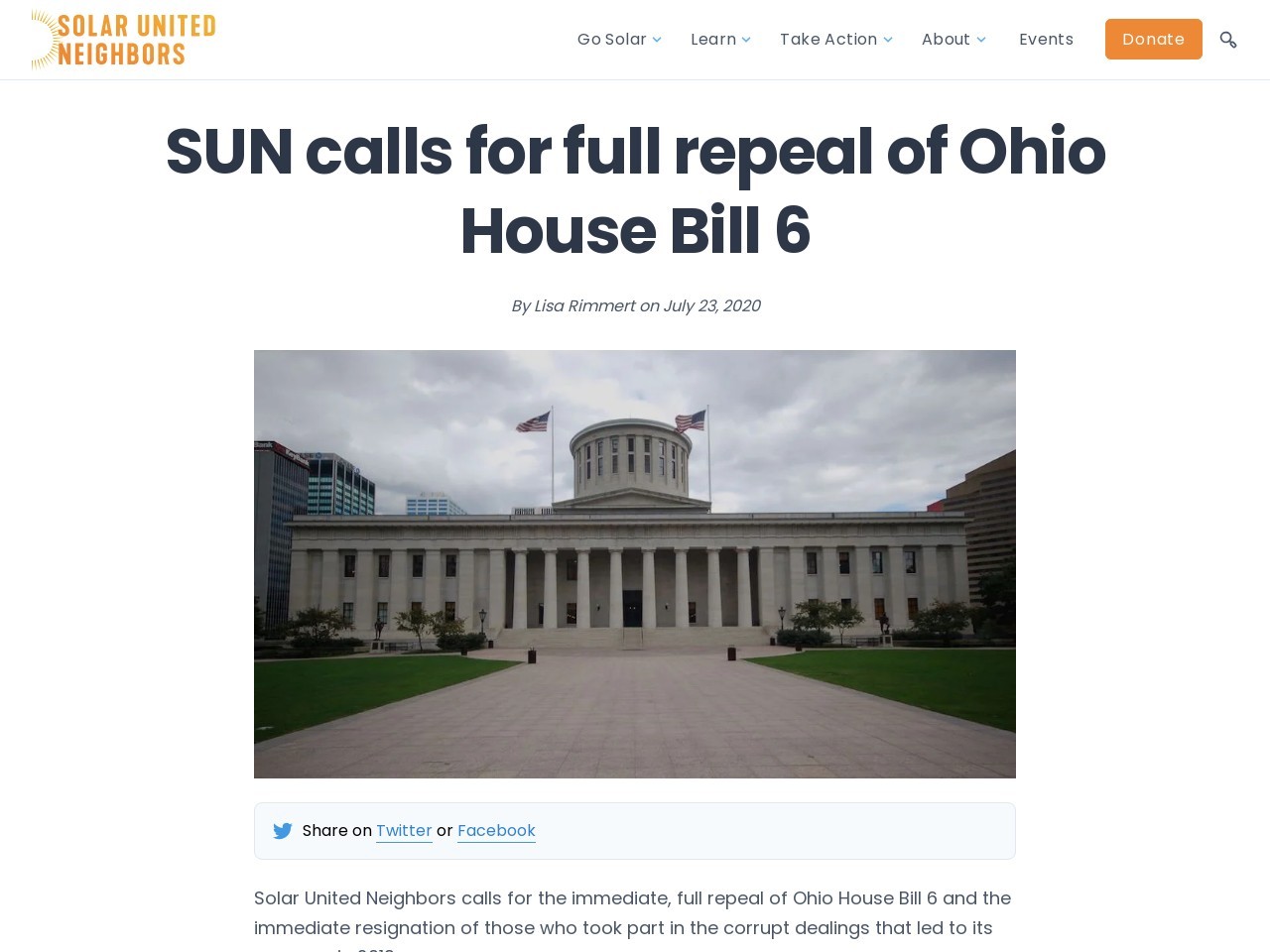 Solar United Neighbors calls for the immediate, full repeal of Ohio House Bill 6 and the immediate resignation of those who took part in the corrupt dealings that led to its passage in 2019.

On Tuesday, Ohio House Speaker Larry Householder and four co-conspirators were arrested in a $60M federal racketeering case related to the passage of House Bill 6 in 2019. It’s long been suspected that foul play was involved in jamming the bill through the General Assembly.

SUN strongly opposed the bill, which is essentially a $1 billion bailout for failing utility FirstEnergy. Ohioans overwhelmingly opposed HB 6. The bill has cost Ohioans money and jobs, and it has stripped away clean energy and energy efficiency programs that were moving us closer to a clean, equitable energy system in Ohio.

Despite its widespread opposition and detrimental consequences, HB 6 passed through the Ohio legislature and was signed into law by Governor DeWine. Now we know why.

Any law passed through bribery, corruption, and racketeering is itself corrupt and should be immediately repealed.

The Ohio General Assembly must immediately repeal HB 6 in its entirety. And those who got it passed through illegitimate and illegal means must resign.

Image courtesy of the Capitol Square Review and Advisory Board.